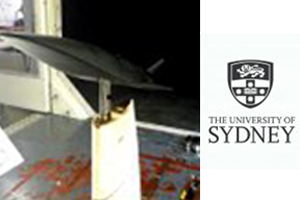 Tamas Bykerk, a graduate student at the University of Sydney in Australia, has used 3D printing technology to create hypersonic aircraft models for low-speed wind tunnel testing. 3D printers have greatly reduced the time it takes to create a working prototype. It also enable him to efficiently explore multiple options by printing various iterations of a part to test and gather feedback on.

Bykerk is pursuing a Ph.D. in Aerospace Engineering, supervised by Dr. Dries Verstraete. Both of them are part of the Hexafly-International project where they partner with the European Space Agency (ESA) and Italian Aerospace Research Centre (CIRA) to evaluate the feasibility of commercial hypersonic air travel.

In aerodynamics, hypersonic speed is defined as the point where individual physical changes in the airflow (like dissociation and ionization) occur. A hypersonic speed has generally referred to speeds of Mach 5 and above. For decades, atmospheric escape and return vehicles such as NASA’s space shuttles and rocket-propelled research planes have flown at such speeds for short durations. However, commercial hypersonic airliners which require sustained hypersonic flight are still in the concept phase.

“Currently, the overwhelming bulk of research focuses on the high-speed design point – mainly the aero-structural issues which accompany airframe heating. My research looks at whether these aircraft can take off and land safely,” says Bykerk. “The main goal is to evaluate performance and stability during those two most critical phases of the flight.”

All fixed-wing aircraft designs must balance two opposing goals – optimal efficiency at cruising speed versus stable, controllable flight at takeoff and landing speed. The faster the desired cruising speed, the more pronounced the compromise becomes. In layman’s terms, super-fast airplanes are not built to fly slowly.

When a plane takes off, and while it is attempting to land, it approaches what is known to pilots as minimum controllable airspeed – the point at which flying any slower will discontinue the ability to maintain stable flight. It is at this speed where flying becomes most dangerous because a reduction in airspeed will cause the aircraft to stall, pitching into a dive or spin to regain airflow over its wings. There is no time to recover when it happens close to the ground.

Barely-existent aerodynamic issues at higher altitudes and velocities become significant risk factors during slower flight near the earth. A crosswind can require the plane to be flown at an awkward angle on its vertical axis to maintain its flight path, altering the way air flows over its wings and control surfaces. Bykerk is tasked with studying these slow-flight considerations in aircraft designs capable of flying at multiple times the speed of sound.

The Faculty of Engineering & Information Technologies at University of Sydney has 16 Tiertime 3D printers, four of which are in its fab lab, housed within the School of Aerospace, Mechanical and Mechatronic Engineering. Bykerk uses these 3D printers in the construction of hypersonic aircraft models for testing in a low speed wind tunnel. Larger models are 3D printed in ABS parts, then assembled and post-processed to ensure continuity between the original design and the model. Techniques include sanding, gap-filling, sanding again, resin-coating and painting.

The final product is placed in a wind tunnel where crucial data can be obtained. 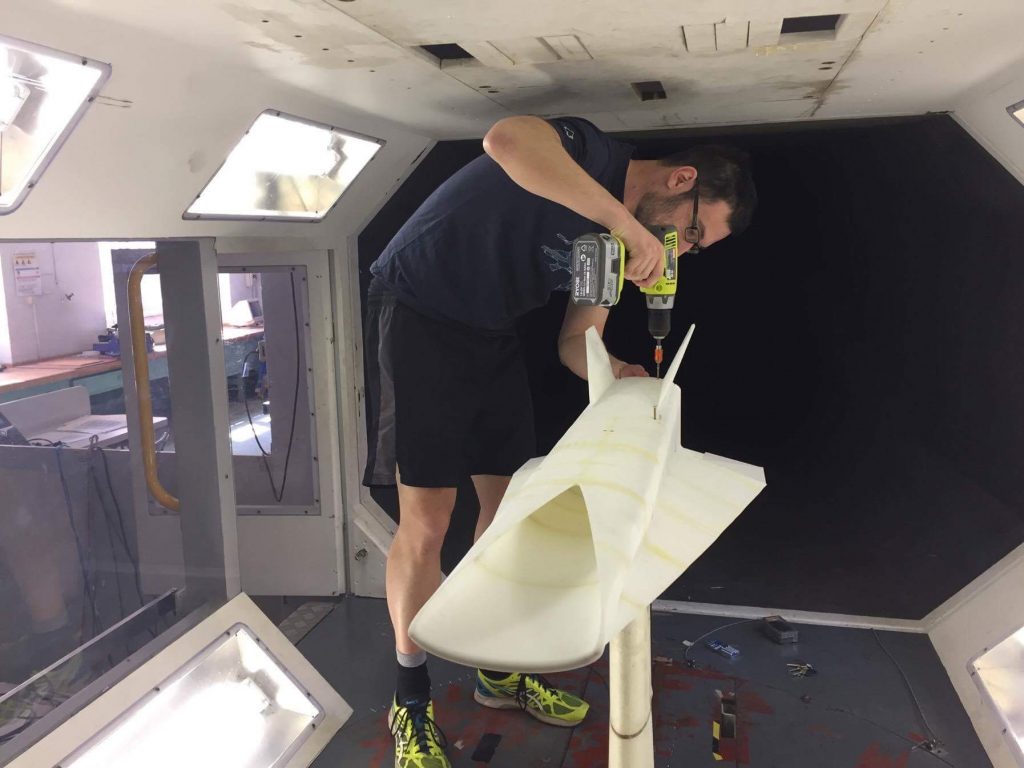 “We are looking at things like lift and drag for landing and takeoff speeds, and required angle of attack. When the vehicle is powered, we install a fan into the model and analyze inlet lip separation and inlet distortion,” says Bykerk. “The vehicles I work with all have highly swept wing planforms, so vortex lift and interaction with other parts of the aircraft are often of interest. Stability analysis involves the pitching/rolling/yawing moments as well as side-force and how these change with angle of attack and sideslip.”

3D printing is also used for rapid alteration and replacement of removable model parts, mostly control surfaces. Ailerons, rudders, elevators, flaps and even entire wings can be resized or have their profiles adjusted. In this way, the team can both test a hypersonic design and attempt to improve its takeoff and landing characteristics.

“Models like this would typically be made using CNC machining which is costly,” says Bykerk. “3D printing is not only cheaper, but it allows me to take complete control of the manufacturing process and turn around several iterations quickly.”

Most estimates predict recoverable hypersonic drones within 25 years. It is assumed commercial air travel would follow at some point. The work Bykerk is doing today could be one of the building blocks in that future.